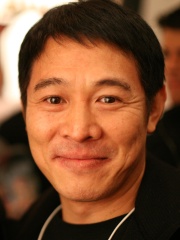 Li Lianjie (courtesy name Yangzhong; born 26 April 1963), better known by his stage name Jet Li, is a Chinese film actor, film producer, martial artist, and retired Wushu champion who was born in Beijing. He is a naturalised Singaporean citizen.After three years of training with acclaimed Wushu teacher Wu Bin, Li won his first national championship for the Beijing Wushu Team. After retiring from competitive Wushu at age 19, he went on to win great acclaim in China as an actor, making his debut with the film Shaolin Temple (1982). Read more on Wikipedia

Since 2007, the English Wikipedia page of Jet Li has received more than 8,079,477 page views. His biography is available in 103 different languages on Wikipedia making him the 163rd most popular actor.