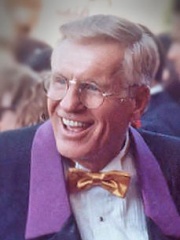 Jerry McCord Van Dyke (July 27, 1931 – January 5, 2018) was an American actor, musician and comedian. He was the younger brother of Dick Van Dyke.Van Dyke made his television acting debut on The Dick Van Dyke Show with several guest appearances as Rob Petrie's brother Stacey. While his infrequent starring roles were typically in poorly received sitcoms (My Mother the Car, one of the shows where he was the lead actor, is considered one of the worst sitcoms of all time), he enjoyed a long and successful career as a character actor in supporting and guest roles. Read more on Wikipedia

Since 2007, the English Wikipedia page of Jerry Van Dyke has received more than 3,448,525 page views. His biography is available in 21 different languages on Wikipedia making him the 2,819th most popular actor.