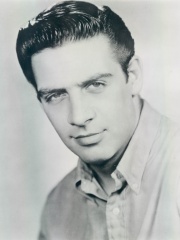 Jerome Bernard Orbach (October 20, 1935 – December 28, 2004) was an American actor and singer, described at the time of his death as "one of the last bona fide leading men of the Broadway musical and global celebrity on television" and a "versatile stage and film actor".Orbach's professional career began on the New York stage, both on and off-Broadway, where he created roles such as El Gallo in the original off-Broadway run of The Fantasticks (1960) and became the first performer to sing that show's standard "Try to Remember", Billy Flynn in the original Chicago (1975–1977), and Julian Marsh in 42nd Street (1980–1985). Nominated for multiple Tony Awards, Orbach won for his performance as Chuck Baxter in Promises, Promises (1968–1972).Later in his career, Orbach played supporting roles in films such as Prince of the City (1981), Dirty Dancing (1987), Crimes and Misdemeanors (1989), and Disney's Beauty and the Beast (1991). He also made frequent guest appearances on television, including a recurring role on Murder, She Wrote as private detective Harry McGraw between 1985 and 1991, and was the voice of Zachary Foxx in The Adventures of the Galaxy Rangers in 1986. Read more on Wikipedia