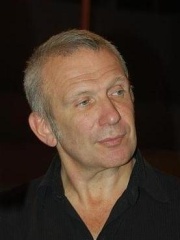 Jean Paul Gaultier (French: [ʒɑ̃ pɔl ɡotje]; born 24 April 1952) is a French haute couture and prêt-à-porter fashion designer. He is described as an "enfant terrible" of the fashion industry, and is known for his unconventional designs with motifs including corsets, marinières, and tin cans. Gaultier founded his eponymous fashion label in 1982, and expanded with a line of fragrances in 1993. Read more on Wikipedia

Since 2007, the English Wikipedia page of Jean-Paul Gaultier has received more than 796,964 page views. His biography is available in 41 different languages on Wikipedia making him the 13th most popular fashion designer.