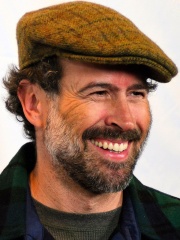 Jason Michael Lee (born April 25, 1970) is an American actor, producer, writer, photographer, comedian, and former professional skateboarder. He is best known for his role as Earl Hickey in the television comedy series My Name Is Earl, for which he was nominated for Best Actor in a Musical or Comedy TV series in 2005 and 2006 by The Golden Globes. He is also known for his roles in Kevin Smith films such as Mallrats, Chasing Amy, Dogma, Jay and Silent Bob Strike Back, Jersey Girl, Clerks II, and Cop Out. Read more on Wikipedia

Since 2007, the English Wikipedia page of Jason Lee has received more than 144,800 page views. His biography is available in 42 different languages on Wikipedia making him the 3,779th most popular actor.