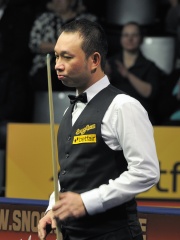 James Wattana (Thai: เจมส์ วัฒนา; born January 17, 1970, as วัฒนา ภู่โอบอ้อม Wattana Pu-Ob-Orm, then renamed รัชพล ภู่โอบอ้อม Ratchapol Pu-Ob-Orm in 2003) is a Thai professional snooker player who now competes in ranking tournaments with an invitational tour card. A professional between 1989 and 2008, and again since 2009, Wattana reached his highest ranking position – world number 3 – for the 1994–95 season. He has won three ranking tournaments, the 1992 Strachan Open and the Thailand Open in 1994 and 1995, and has finished as the runner-up in a further five ranking events. Read more on Wikipedia

Since 2007, the English Wikipedia page of James Wattana has received more than 219,266 page views. His biography is available in 15 different languages on Wikipedia making him the 17th most popular snooker.

Most Popular Snookers in Wikipedia

Among SNOOKERS In Thailand