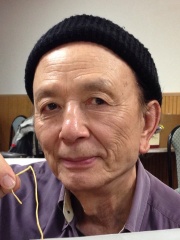 James Hong (traditional Chinese: 吳漢章; simplified Chinese: 吴汉章; pinyin: Wú Hànzhāng; Jyutping: Ng4 Hon3zoeng1; born February 22, 1929) is an American actor, voice actor, producer, and director of Chinese descent. He has worked in numerous productions in American media since the 1950s, playing a variety of East Asian roles. He became known to audiences through starring in the crime series The New Adventures of Charlie Chan (1957–1958), and through numerous appearances on the original Hawaii Five-O (1968–1980). Read more on Wikipedia

Since 2007, the English Wikipedia page of James Hong has received more than 2,044,849 page views. His biography is available in 28 different languages on Wikipedia making him the 1,272nd most popular actor.