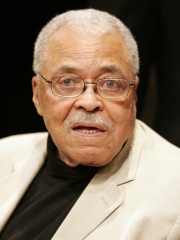 James Earl Jones (born January 17, 1931) is an American actor. His career spans more than seven decades and he has been described as "one of America's most distinguished and versatile" actors known for his performance in film, theater and television, and "one of the greatest actors in American history".Throughout his acting career, Jones has won three Tony Awards (out of five nominations), a Grammy Award, and two Primetime Emmy Awards. In 1985, he was Inducted into the American Theater Hall of Fame. In 1992, Jones was presented with the National Medal of the Arts by President George H.W. Read more on Wikipedia

Since 2007, the English Wikipedia page of James Earl Jones has received more than 11,369,690 page views. His biography is available in 49 different languages on Wikipedia making him the 349th most popular actor.