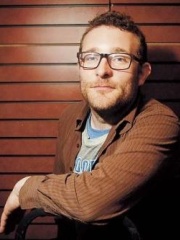 James Adomian (born January 31, 1980) is an American stand-up comedian, actor, and impressionist. He is best known for his work on Comedy Bang! Bang!, Chapo Trap House, Last Comic Standing, The Late Late Show with Craig Ferguson where he impersonated President George W. Bush until 2009, and for portraying Bernie Sanders during the 2016 Trump vs. Read more on Wikipedia

Since 2007, the English Wikipedia page of James Adomian has received more than 454,921 page views. His biography is available in 41 different languages on Wikipedia making him the 8,646th most popular actor.