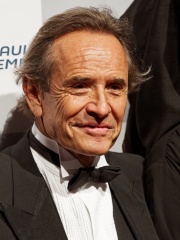 Jacques Bernard "Jacky" Ickx (French pronunciation: ​[ʒaki ɪks]; born 1 January 1945, in Brussels) is a Belgian former racing driver who won the 24 Hours of Le Mans six times and achieved eight wins and 25 podium finishes in Formula One. He also won the Can-Am Championship in 1979 and the 1983 Paris–Dakar Rally. Ickx twice finished as championship runner-up in Formula One, in the consecutive years of 1969 and 1970. Read more on Wikipedia

Since 2007, the English Wikipedia page of Jacky Ickx has received more than 556,573 page views. His biography is available in 28 different languages on Wikipedia making him the 25th most popular racing driver.

Among RACING DRIVERS In Belgium