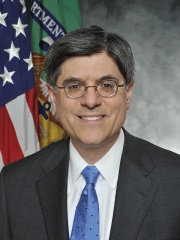 Jacob Joseph "Jack" Lew (born August 29, 1955) is an American attorney and politician who served as the 76th United States Secretary of the Treasury from 2013 to 2017. A member of the Democratic Party, he also served as the 25th White House Chief of Staff from 2012 to 2013 and Director of the Office of Management and Budget in both the Clinton Administration and Obama Administration. Born in New York City, Lew earned his A.B. from Harvard College, then a J.D. from Georgetown University Law Center. Read more on Wikipedia

Since 2007, the English Wikipedia page of Jack Lew has received more than 1,270,258 page views. His biography is available in 24 different languages on Wikipedia making him the 13,315th most popular politician.