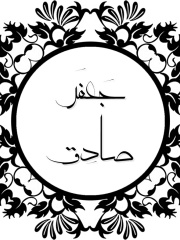 Jaʿfar ibn Muḥammad aṣ-Ṣādiq (Arabic: جَعْفَرُ ٱبْنُ مُحَمَّدٍ ٱلصَّادِقُ‎‎; 700 or 702–765 CE), commonly known as Ja‘far al-Ṣādiq or simply as-Sadiq (The Truthful), was an 8th-century Muslim scholar. He was the 6th Imam and founder of the Ja'fari school of jurisprudence according to Twelver and Isma'ili Shi'ites. To Sunnis, he is a major figure in the Hanafi and Maliki schools of Sunni jurisprudence and was a teacher of the Sunni scholars Abu Hanifah and Malik ibn Anas, a transmitter of hadiths, therefore a prominent jurist for Sunnis, and a mystic to Sufis. Despite his wide-ranging attributions in a number religious disciplines, no works penned by Ja'far himself remain extant.Al-Sadiq was born in either 700 or 702 CE. Read more on Wikipedia

Since 2007, the English Wikipedia page of Ja'far al-Sadiq has received more than 906,605 page views. His biography is available in 46 different languages on Wikipedia making him the 15th most popular astronomer.

Among ASTRONOMERS In Saudi Arabia