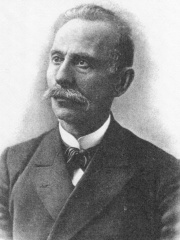 Ismail bey Gasprinsky (also written as Gaspirali and Gasprinski: Crimean Tatar: İsmail Gaspıralı, Russian: Исмаи́л Гаспри́нский Ismail Gasprinskii; 20 March [O.S. 8 March] 1851 – 24 September [O.S. 11 September] 1914) was a Crimean Tatar intellectual, educator, publisher and Pan-Turkist politician who inspired the Jadidist movement in Central Asia. He was one of the first Muslim intellectuals in the Russian Empire, who realized the need for education and cultural reform and modernization of the Turkic and Islamic communities. Read more on Wikipedia

Ismail Gaspirali was a Turkish poet and politician. He is most famous for his poetry, which was influenced by classical Ottoman literature.