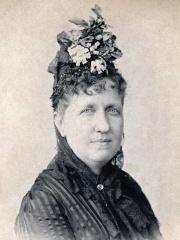 Dona Isabel (29 July 1846 – 14 November 1921), nicknamed "the Redemptress", was the Princess Imperial (heir presumptive to the throne) of the Empire of Brazil and the Empire's regent on three occasions. Born in Rio de Janeiro as the eldest daughter of Emperor Pedro II and Empress Teresa Cristina, she was a member of the Brazilian branch of the House of Braganza (Portuguese: Bragança). After the deaths of her two brothers in infancy, she was recognized as her father's heir presumptive. Read more on Wikipedia

Page views of Isabel, Princess Imperial of Brazils by language

Among noblemen, Isabel, Princess Imperial of Brazil ranks 201 out of 843. Before her are Dmitry of Uglich, Marie-Caroline of Bourbon-Two Sicilies, Duchess of Berry, Maria Theresa of Savoy, Carlota Joaquina of Spain, Frederik, Crown Prince of Denmark, and Stéphanie de Beauharnais. After her are Ingegerd Olofsdotter of Sweden, Leotychidas, Louise Marie Adélaïde de Bourbon, Duchess of Orléans, Beatrice d'Este, Elizabeth Boleyn, Countess of Wiltshire, and Duchess Marie of Mecklenburg-Schwerin.

Among NOBLEMEN In Brazil

Among noblemen born in Brazil, Isabel, Princess Imperial of Brazil ranks 1. After her are Diane, Duchess of Württemberg (1940).