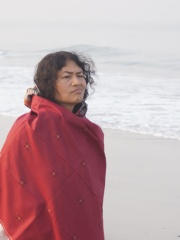 Irom Chanu Sharmila (born 14 March 1972), also known as the "Iron Lady of Manipur" or "Mengoubi" ("the fair one") is a civil rights activist, political activist, and poet from the Indian state of Manipur, which is located on the north-eastern side of India. On 5 November 2000, she began a hunger strike in favour of abolishing the Armed Forces (Special Powers) Act, 1958 that applies to the seven states and grants security forces the power to search properties without a warrant, and to arrest people, and to use deadly force if there is "reasonable suspicion" that a person is acting against the state. She ended the fast on 9 August 2016, after 16 long years of fasting. Read more on Wikipedia