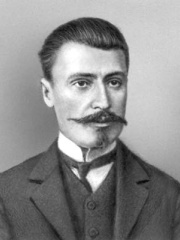 Irakli Tsereteli (2 December [O.S. 20 November] 1881 – 20 May 1959) was a Georgian politician and a leading spokesman of the Social Democratic Party of Georgia and later Russian Social Democratic Labour Party (RSDLP) during the era of the Russian Revolutions. Tsereteli was born and raised in Georgia when it was part of the Russian Empire. A member of the Menshevik faction of the RSDLP, Tsereteli was elected to the Duma in 1907, where he gained fame for his oratory abilities. Read more on Wikipedia

Among politicians, Irakli Tsereteli ranks 7,419 out of 15,710. Before him are Momčilo Krajišnik, Ebrahim Afshar, Spytihněv II, Duke of Bohemia, Félix Tshisekedi, Landgravine Charlotte of Hesse-Kassel, and Bezprym. After him are Hōjō Sōun, Oskar Lafontaine, Floris V, Count of Holland, Jungcheon of Goguryeo, Kirill Kondrashin, and Louis III, Elector Palatine.