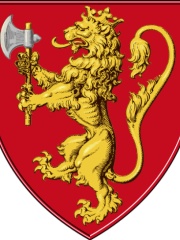 Page views of Ingegerd of Norways by language

Among noblemen, Ingegerd of Norway ranks 435 out of 842. Before her are Infanta Amalia of Spain, Prince Sixtus Henry of Bourbon-Parma, Bruno, Duke of Saxony, Princess Amélie Louise of Arenberg, Archduchess Catherine Renata of Austria, and Princess Pauline of Württemberg. After her are Yaroslav of Tver, Princess Marina of Greece and Denmark, Louis II, Grand Duke of Baden, Princess Maria Francesca of Savoy, Louis Armand II, Prince of Conti, and Louise d'Orléans.

Among people born in 1100, Ingegerd of Norway ranks 37. Before her are Teobaldo Boccapecci, Anushtegin Gharchai, Wace, Jabir ibn Aflah, Thierry, Count of Flanders, and Duqaq. After her are Igor II of Kiev, Godfrey IV, Duke of Lower Lorraine, Yağısıyan, Danishmend Gazi, Antipope Sylvester IV, and William V, Marquess of Montferrat. Among people deceased in 1120, Ingegerd of Norway ranks 4. Before her are Blessed Gerard, William Adelin, and Welf II, Duke of Bavaria. After her are Baldwin III, Count of Hainaut, Albert of Aix, and Bahya ibn Paquda.