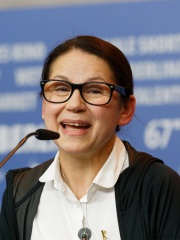 Ildikó Enyedi (born 15 November 1955) is a Hungarian film director and screenwriter. Her 2017 film On Body and Soul won the top prize at the 67th Berlin International Film Festival and went on to be nominated for a Foreign Language Academy Award. She has directed a total of eight feature films since 1989. Read more on Wikipedia

Since 2007, the English Wikipedia page of Ildikó Enyedi has received more than 70,514 page views. Her biography is available in 21 different languages on Wikipedia making her the 712th most popular film director.