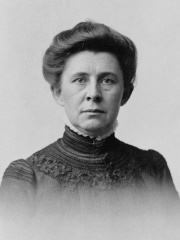 Ida Minerva Tarbell (November 5, 1857 – January 6, 1944) was an American writer, investigative journalist, biographer and lecturer. She was one of the leading muckrakers of the Progressive Era of the late 19th and early 20th centuries and pioneered investigative journalism. Born in Pennsylvania at the onset of the oil boom, Tarbell is best known for her 1904 book, The History of the Standard Oil Company. Read more on Wikipedia

Since 2007, the English Wikipedia page of Ida Tarbell has received more than 914,459 page views. Her biography is available in 17 different languages on Wikipedia making her the 1,809th most popular writer.