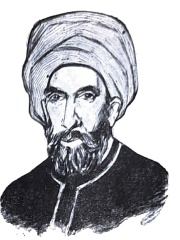 Ibn Tufail is most famous for his philosophical novel, "Hayy ibn Yaqzan" (meaning "Alive, son of Awake"). The book, written in Arabic, tells the story of a man who is raised in isolation on an island and discovers the world through his own observations and reasoning. The book was an early example of philosophical fiction and had a major influence on later European thinkers, including Gottfried Leibniz, Baruch Spinoza, and George Berkeley.

Among philosophers, Ibn Tufail ranks 205 out of 1,089. Before him are Benjamin Constant, Rudolf Carnap, Moses Mendelssohn, Pseudo-Dionysius the Areopagite, Étienne Bonnot de Condillac, and Solomon ibn Gabirol. After him are Georgi Plekhanov, Bayazid Bastami, Benedetto Croce, Pelagius, Muhammad Abduh, and Melissus of Samos.

Among people born in 1110, Ibn Tufail ranks 2. Before him is Pope Lucius III. After him are John of Salisbury, Vladislaus II, Duke of Bohemia, García Ramírez of Navarre, Euphrosyne of Polotsk, Maurice de Sully, Robert de Boron, Bertha of Sulzbach, John Tzetzes, Kaykaus I, and Abraham ibn Daud. Among people deceased in 1185, Ibn Tufail ranks 6. Before him are Baldwin IV of Jerusalem, Afonso I of Portugal, Pope Lucius III, Chrétien de Troyes, and Andronikos I Komnenos. After him are Bhāskara II, Emperor Antoku, Richeza of Poland, Queen of Castile, Agnes of Courtenay, John Kinnamos, and Beatrice of Rethel.