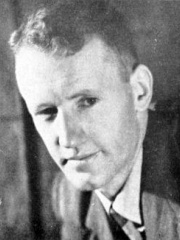 Ian Douglas Smith (8 April 1919 – 20 November 2007) was a Rhodesian politician, farmer, and fighter pilot who served as Prime Minister of Rhodesia (known as Southern Rhodesia until October 1964 and now known as Zimbabwe) from 1964 to 1979. He was the country's first premier not born abroad, and led the predominantly white government that unilaterally declared independence from the United Kingdom in November 1965 following prolonged dispute over the terms, particularly British demands for black majority rule. He remained Prime Minister for almost all of the 14 years of international isolation that followed, and oversaw Rhodesia's security forces during most of the Bush War, which pitted the unrecognised administration against communist-backed black nationalist guerrilla groups. Read more on Wikipedia

Ian Smith was the Prime Minister of Rhodesia from 1964 to 1979. He is most famous for declaring the country independent from the United Kingdom in 1965 and for the Unilateral Declaration of Independence (UDI) in 1965.

Among politicians, Ian Smith ranks 4,940 out of 15,577. Before him are Louis III, Grand Duke of Hesse, José María Morelos, Shabaka, Prince Alfonso, Count of Caserta, Duke Wen of Jin, and Sophie Magdalene of Brandenburg-Kulmbach. After him are Amun-her-khepeshef, Maeda Toshiie, Henutmire, Abdul Razak Hussein, Emperor Xizong of Tang, and Bezmiâlem Sultan.

Among POLITICIANS In Zimbabwe