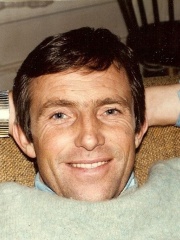 Ian Hugh Gordon Ashley (born 26 October 1947 in Wuppertal, Germany) is a British-German racing driver who raced in Formula One for the Token, Williams, BRM and Hesketh teams. Ashley began racing in 1966 when he took a course at the Jim Russell Racing School. He was fast but rather erratic, and soon earned the nickname "Crashley". Read more on Wikipedia

Since 2007, the English Wikipedia page of Ian Ashley has received more than 29,602 page views. His biography is available in 19 different languages on Wikipedia making him the 466th most popular racing driver.

Among racing drivers, Ian Ashley ranks 468 out of 782. Before him are Sam Hanks, Harry Blanchard, Marc Gené, Gerino Gerini, Michael May, and Keith Andrews. After him are Jackie Pretorius, Perry McCarthy, John Miles, André Testut, Otto Stuppacher, and Chris Irwin.