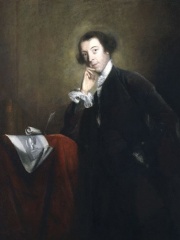 Horatio Walpole (), 4th Earl of Orford (24 September 1717 – 2 March 1797), also known as Horace Walpole, was an English writer, art historian, man of letters, antiquarian and Whig politician.He had Strawberry Hill House built in Twickenham, south-west London, reviving the Gothic style some decades before his Victorian successors. His literary reputation rests on the first Gothic novel, The Castle of Otranto (1764), and his Letters, which are of significant social and political interest. They have been published by Yale University Press in 48 volumes.The youngest son of the first British Prime Minister, Sir Robert Walpole, 1st Earl of Orford, he became the 4th and last Earl of Orford on his nephew's death in 1791. Read more on Wikipedia

Since 2007, the English Wikipedia page of Horace Walpole has received more than 630,961 page views. His biography is available in 40 different languages on Wikipedia making him the 4,772nd most popular politician.

Among politicians, Horace Walpole ranks 4,743 out of 14,801. Before him are Antonia the Elder, Hazael, Yamato Takeru, Igor Smirnov, Ahmed Izzet Pasha, and Maria of Montpellier. After him are Countess Palatine Caroline of Zweibrücken, Georgy Pyatakov, Áed mac Cináeda, Louis, Prince Napoléon, Muhammad I Tapar, and Yury Luzhkov.