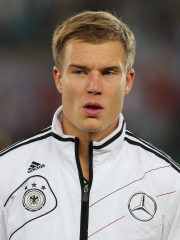 Holger Felix Badstuber (born 13 March 1989) is a German professional footballer who plays as a centre back for Super League team FC Luzern. He is primarily a centre-back but has also played left-back in the past.Badstuber made his debut in the Bundesliga for Bayern Munich in the 2009–10 season, at the age of 19. He played nearly every game that year and helped the club win the league and cup double and reached the UEFA Champions League final the same year, before eventually earning a call up to the German national team for the World Cup in 2010 and later the Euro 2012. Read more on Wikipedia