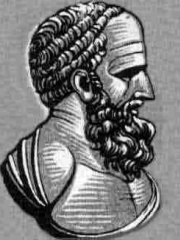 Hipparchus of Nicaea (; Greek: Ἵππαρχος, Hipparkhos; c. 190 – c. 120 BC) was a Greek astronomer, geographer, and mathematician. He is considered the founder of trigonometry, but is most famous for his incidental discovery of precession of the equinoxes. Hipparchus was born in Nicaea, Bithynia, and probably died on the island of Rhodes, Greece. Read more on Wikipedia

Since 2007, the English Wikipedia page of Hipparchus has received more than 858,716 page views. His biography is available in 72 different languages on Wikipedia (up from 70 in 2019). Hipparchus is the 12th most popular astronomer (down from 11th in 2019), the 53rd most popular biography from Turkey (up from 63rd in 2019) and the most popular Turkish Astronomer.

Hipparchus is most famous for his discovery of the precession of the equinoxes.

Page views of Hipparchuses by language

Among astronomers, Hipparchus ranks 12 out of 532. Before him are Tycho Brahe, Anders Celsius, Edwin Hubble, Aristarchus of Samos, William Herschel, and Ulugh Beg. After him are Ole Rømer, Carl Sagan, Ja'far al-Sadiq, Giovanni Domenico Cassini, Edmond Halley, and Charles Messier.

Others Deceased in 120 BC

Among ASTRONOMERS In Turkey