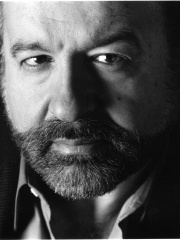 Hernando de Soto Polar (commonly known as simply Hernando de Soto ; born June 2, 1941) is a prominent Peruvian economist known for his work on the informal economy and on the importance of business and property rights. His work on the developing world has earned him praise worldwide by numerous heads of state, particularly for his publication The Mystery of Capital and The Other Path. He is the current president of the Institute for Liberty and Democracy (ILD), a think tank devoted to promoting economic development in developing countries located in Lima, Peru.In Peru, de Soto's advisory has been recognized as inspiring the economic guidelines – including the loosening of economic regulation, the introduction of austerity measures and the utilization of neoliberal policies – that were ultimately adopted by the government of Alberto Fujimori and established in the 1993 Constitution of Peru. Read more on Wikipedia

Among ECONOMISTS In Peru