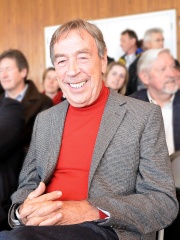 Herman Van Springel (born 14 August 1943) is a Belgian former road racing cyclist, from Grobbendonk, in the Flemish Campine or Kempen region. He was an accomplished time-trial rider, almost winning the Tour de France in 1968, when he was beaten in the last stage by Dutchman, Jan Janssen in a time-trial. Read more on Wikipedia

Since 2007, the English Wikipedia page of Herman Van Springel has received more than 23,857 page views. Her biography is available in 16 different languages on Wikipedia making her the 78th most popular cyclist.