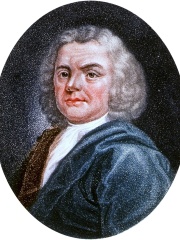 Herman Boerhaave (Dutch: [ˈɦɛrmɑn ˈbuːrˌɦaːvə], 31 December 1668 – 23 September 1738) was a Dutch botanist, chemist, Christian humanist, and physician of European fame. He is regarded as the founder of clinical teaching and of the modern academic hospital and is sometimes referred to as "the father of physiology," along with Venetian physician Santorio Santorio (1561–1636). Boerhaave introduced the quantitative approach into medicine, along with his pupil Albrecht von Haller (1708–1777) and is best known for demonstrating the relation of symptoms to lesions. Read more on Wikipedia

Herman Boerhaave is most famous for his contributions to the field of medicine. He was a Dutch physician who is credited with discovering the connection between the esophagus and the stomach. He is also credited with developing the medical school at Leiden University.

Among BIOLOGISTS In Netherlands