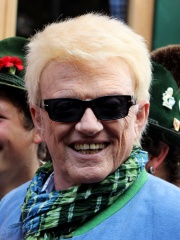 Heino (born 13 December 1938 as Heinz Georg Kramm) is a German singer of Schlager and traditional Volksmusik. Having sold a total of over 50 million records, he is one of the most successful German musicians of all time.Heino is known for his baritone voice and trademark combination of light blond hair and dark sunglasses (which he wears due to exophthalmos). He lives in the town of Bad Münstereifel, where he owned a café until June 2012. Read more on Wikipedia

Since 2007, the English Wikipedia page of Heino has received more than 249,339 page views. His biography is available in 21 different languages on Wikipedia making him the 273rd most popular singer.

Page views of Heinos by language