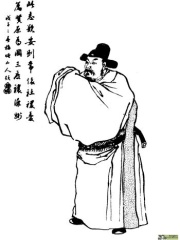 He Jin (pronunciation ) (died 22 September 189), courtesy name Suigao, was a Chinese military general and politician. He was the military Grand marshal and regent of the late Eastern Han dynasty of China. He was an elder half-brother of Empress He, the empress consort of Emperor Ling, and a maternal uncle of Emperor Shao. Read more on Wikipedia

Since 2007, the English Wikipedia page of He Jin has received more than 132,194 page views. His biography is available in 15 different languages on Wikipedia. He Jin is the 455th most popular military personnel, the 311th most popular biography from China and the 33rd most popular Chinese Military Personnel.

Page views of He Jins by language

Among military personnels, He Jin ranks 455 out of 1,466. Before him are Gustav Horn, Count of Pori, Aegidius, Gongsun Zan, Hans Baur, Vjekoslav Luburić, and Harold Alexander, 1st Earl Alexander of Tunis. After him are Alfred Redl, Huang Gai, William Westmoreland, Pierre Cambronne, August Hirt, and Baiju.