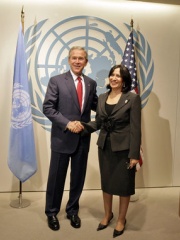 Since 2007, the English Wikipedia page of Haya Rashed Al-Khalifa has received more than 37,603 page views. Her biography is available in 15 different languages on Wikipedia making her the 13,158th most popular politician.