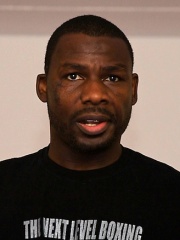 Hasim Sharif Rahman (born November 7, 1972) is an American retired professional boxer who competed from 1994 to 2014. He is a two-time world heavyweight champion, having held the unified WBC, IBF, IBO and lineal titles in 2001; and the WBC title again from 2005 to 2006. Rahman first became known on the world stage in 2001 when he scored an upset knockout victory against Lennox Lewis to win the unified heavyweight championship. Read more on Wikipedia

Since 2007, the English Wikipedia page of Hasim Rahman has received more than 1,297,991 page views. His biography is available in 20 different languages on Wikipedia making him the 111th most popular boxer.