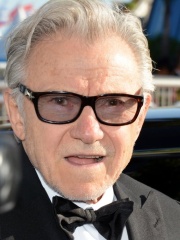 Harvey Keitel ( ky-TEL; born May 13, 1939) is an American actor. He is known for his portrayal of morally ambiguous and "tough guy" characters. He first rose to prominence during the New Hollywood movement, and has held a long-running association with director Martin Scorsese, starring in six of his films Who's That Knocking at My Door (1967), Mean Streets (1973), Alice Doesn't Live Here Anymore (1974), Taxi Driver (1976), The Last Temptation of Christ (1988), and The Irishman (2019).Keitel received the Academy Award for Best Supporting Actor nomination for his portrayal of Mickey Cohen in Bugsy (1991). Read more on Wikipedia

Harvey Keitel is most famous for his role in the film "Pulp Fiction" as Mr. White.