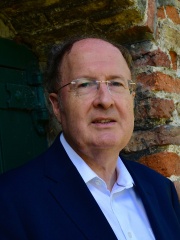 Sir Gregory Paul Winter (born 14 April 1951) is a Nobel Prize-winning British biochemist best known for his work on the therapeutic use of monoclonal antibodies. His research career has been based almost entirely at the MRC Laboratory of Molecular Biology and the MRC Centre for Protein Engineering, in Cambridge, England. He is credited with invented techniques to both humanise (1986) and, later, to fully humanise using phage display, antibodies for therapeutic uses. Read more on Wikipedia

Since 2007, the English Wikipedia page of Gregory Winter has received more than 67,119 page views. His biography is available in 36 different languages on Wikipedia making him the 443rd most popular chemist.

Among CHEMISTS In United Kingdom