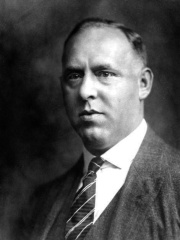 Gregor Strasser (also German: Straßer, see ß; 31 May 1892 – 30 June 1934) was an early prominent German Nazi official and politician who was murdered during the Night of the Long Knives in 1934. Born in 1892 in Bavaria, Strasser served in World War I in an artillery regiment, rising to the rank of first lieutenant. He joined the Nazi Party (NSDAP) in 1920 and quickly became an influential and important figure. Read more on Wikipedia

Gregor Strasser was a German politician and a leading member of the Nazi Party. He became a member of the German parliament in 1930 and from 1933 to 1934, he served as Minister of the Interior. He was one of the most powerful members of the party until he was killed in 1934.

Among politicians, Gregor Strasser ranks 1,341 out of 15,710. Before him are Miguel Primo de Rivera, Ahaz, Berengar I of Italy, Mentor, Baldwin II of Jerusalem, and Ghazan. After him are Christian VI of Denmark, Norodom Sihamoni, Phorcys, Cleopatra II of Egypt, Itō Hirobumi, and Leo IV the Khazar.