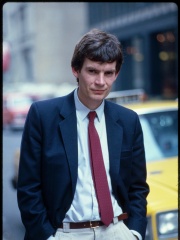 Graham Colin Swift FRSL (born 4 May 1949) is an English writer. Born in London, England, he was educated at Dulwich College, London, Queens' College, Cambridge, and later the University of York. Some of Swift's books have been filmed, including Waterland (1992), Shuttlecock (1993) and Last Orders (1996). Read more on Wikipedia

Among writers, Graham Swift ranks 3,762 out of 5,794. Before him are Musa Anter, Roger Vailland, Dodie Smith, Andrey Kurkov, U. R. Ananthamurthy, and Tad Williams. After him are Mikhail Isakovsky, Hitoshi Igarashi, Martin Amis, Kim Hyon-hui, Yrsa Sigurðardóttir, and Enrique Vila-Matas.