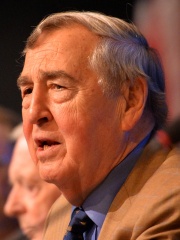 Graham Tillett Allison Jr. (born March 23, 1940) is an American political scientist and the Douglas Dillon Professor of Government at the John F. Kennedy School of Government at Harvard University. He is renowned for his contribution in the late 1960s and early 1970s to the bureaucratic analysis of decision making, especially during times of crisis. Read more on Wikipedia

Among political scientists, Graham Allison ranks 28 out of 29. Before him are John Mearsheimer, Leonard Hobhouse, William Graham Sumner, Robert Keohane, Olivier Roy, and Norman Finkelstein. After him are Ilan Pappé.