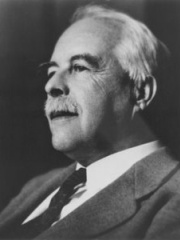 Gilbert Newton Lewis (October 23 or October 25, 1875 – March 23, 1946) was an American physical chemist and a dean of the College of Chemistry at University of California, Berkeley. Lewis was best known for his discovery of the covalent bond and his concept of electron pairs; his Lewis dot structures and other contributions to valence bond theory have shaped modern theories of chemical bonding. Lewis successfully contributed to chemical thermodynamics, photochemistry, and isotope separation, and is also known for his concept of acids and bases. Lewis also researched on relativity and quantum physics, and in 1926 he coined the term "photon" for the smallest unit of radiant energy.G. N. Read more on Wikipedia

Gilbert N. Lewis is most famous for his work on the electron-pair theory of chemical bonding.