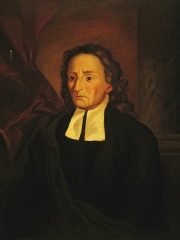 Giambattista Vico (born Giovan Battista Vico ; Italian: [ˈviko]; 23 June 1668 – 23 January 1744) was an Italian political philosopher and rhetorician, historian and jurist, of the Age of Enlightenment. He criticized the expansion and development of modern rationalism, was an apologist for Classical Antiquity, a precursor of systematic and complex thought, in opposition to Cartesian analysis and other types of reductionism, and was the first expositor of the fundamentals of social science and of semiotics. The Latin aphorism Verum esse ipsum factum ("What is true is precisely what is made") coined by Vico is an early instance of constructivist epistemology. Read more on Wikipedia

Since 2007, the English Wikipedia page of Giambattista Vico has received more than 421,345 page views. His biography is available in 58 different languages on Wikipedia making him the 132nd most popular philosopher.