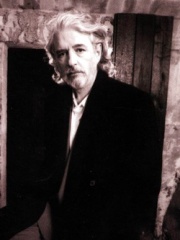 Gerald Goffin (February 11, 1939 – June 19, 2014) was an American lyricist. Collaborating initially with his first wife, Carole King, he co-wrote many international pop hits of the early and mid-1960s, including the US No.1 hits "Will You Love Me Tomorrow", "Take Good Care of My Baby", "The Loco-Motion", and "Go Away Little Girl". It was later said of Goffin that his gift was "to find words that expressed what many young people were feeling but were unable to articulate."After he and King divorced, Goffin wrote with other composers, including Barry Goldberg and Michael Masser, with whom he wrote "Theme from Mahogany (Do You Know Where You're Going To)" and "Saving All My Love for You", also No.1 hits. Read more on Wikipedia

Since 2007, the English Wikipedia page of Gerry Goffin has received more than 1,677,691 page views. His biography is available in 19 different languages on Wikipedia making him the 1,274th most popular singer.