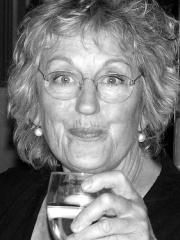 Germaine Greer (; born 29 January 1939) is an Australian writer and public intellectual, regarded as one of the major voices of the radical feminist movement in the latter half of the 20th century.Specializing in English and women's literature, she has held academic positions in England at the University of Warwick and Newnham College, Cambridge, and in the United States at the University of Tulsa. Based in the United Kingdom since 1964, she has divided her time since the 1990s between Queensland, Australia and her home in Essex, England.Greer's ideas have created controversy ever since her first book, The Female Eunuch (1970), made her a household name. An international bestseller and a watershed text in the feminist movement, it offered a systematic deconstruction of ideas such as womanhood and femininity, arguing that women were forced to assume submissive roles in society to fulfil male fantasies of what being a woman entailed.Greer's subsequent work has focused on literature, feminism and the environment. Read more on Wikipedia

Among WRITERS In Australia