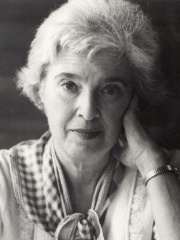 Gerda Hedwig Lerner (née Kronstein; April 30, 1920 – January 2, 2013) was an Austrian-born American historian and woman's history author. In addition to her numerous scholarly publications, she wrote poetry, fiction, theatre pieces, screenplays, and an autobiography. She served as president of the Organization of American Historians from 1980 to 1981. Read more on Wikipedia

Since 2007, the English Wikipedia page of Gerda Lerner has received more than 119,088 page views. Her biography is available in 15 different languages on Wikipedia making her the 247th most popular historian.