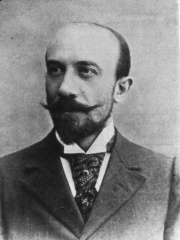 Marie-Georges-Jean Méliès (; French: [meljɛs]; 8 December 1861 – 21 January 1938), was a French illusionist and film director who led many technical and narrative developments in the earliest days of cinema. Méliès was well-known for the use of special effects, popularizing such techniques as substitution splices, multiple exposures, time-lapse photography, dissolves, and hand-painted colour. He was also one of the first filmmakers to use storyboards. Read more on Wikipedia

Since 2007, the English Wikipedia page of Georges Méliès has received more than 2,005,912 page views. His biography is available in 60 different languages on Wikipedia making him the 22nd most popular film director.