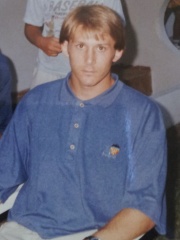 Gaizka Mendieta Zabala (Spanish pronunciation: [ˈgajθka menˈdjeta θaˈβala], Basque: [gais̻ka mendieta s̻aβala]; born 27 March 1974) is a Spanish former professional footballer who played as a midfielder. A versatile player, with good technique, offensive capabilities and tackling skills, who was capable of creating goals both for his teammates and himself, he played mainly for Valencia, and finished his career with Middlesbrough in England. Read more on Wikipedia

Since 2007, the English Wikipedia page of Gaizka Mendieta has received more than 642,141 page views. His biography is available in 40 different languages on Wikipedia making him the 1,118th most popular soccer player.