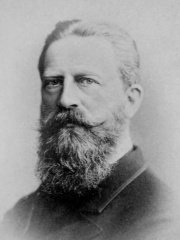 Frederick III (German: Friedrich Wilhelm Nikolaus Karl; 18 October 1831 – 15 June 1888), or Friedrich III, was German Emperor and King of Prussia for 99 days between March and June 1888, during the Year of the Three Emperors. Known informally as "Fritz", he was the only son of Emperor Wilhelm I and was raised in his family's tradition of military service. Although celebrated as a young man for his leadership and successes during the Second Schleswig, Austro-Prussian and Franco-Prussian wars, he nevertheless professed a hatred of warfare and was praised by friends and enemies alike for his humane conduct. Read more on Wikipedia

Frederick III, German Emperor is most famous for being the last emperor of the Holy Roman Empire.

Among politicians, Frederick III, German Emperor ranks 415 out of 15,710. Before him are Mahmud I, Servius Tullius, Henry the Fowler, Rurik, Taejo of Joseon, and Charles the Fat. After him are Sukarno, Macrinus, Matthias, Holy Roman Emperor, Louis the German, John III Sobieski, and Hongwu Emperor.