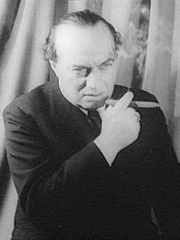 Franz Viktor Werfel (German: [fʁant͡s ˈvɛʁfl̩] (listen); 10 September 1890 – 26 August 1945) was an Austrian-Bohemian novelist, playwright, and poet whose career spanned World War I, the Interwar period, and World War II. He is primarily known as the author of The Forty Days of Musa Dagh (1933, English tr. Read more on Wikipedia

Frantz Werfel is most famous for his novel, The Song of Bernadette, which tells the story of Bernadette Soubirous, a young girl who had visions of the Virgin Mary in Lourdes, France.

Among writers, Franz Werfel ranks 584 out of 5,755. Before him are Theodore Dreiser, Ludvig Holberg, Ghalib, Bernard Gui, Irène Némirovsky, and Elisabeth of Wied. After him are Pietro Metastasio, Gustav Meyrink, August Wilhelm Schlegel, Eduardo Galeano, Philip Larkin, and Thomas Wolfe.

Among WRITERS In Czechia