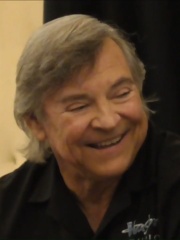 Franklin Wendell Welker (born March 12, 1946) is an American actor who specializes in voice acting and has contributed character voices and other vocal effects to television and motion pictures. As of 2022, Welker holds over 860 film, television, and video game credits, making him one of the most prolific voice actors of all time. With a total worldwide box-office gross of $17.4 billion, he is also the third-highest-grossing actor of all time.Welker is best known for voicing Fred Jones in the Scooby-Doo franchise since its inception in 1969, and Scooby-Doo himself since 2002. Read more on Wikipedia