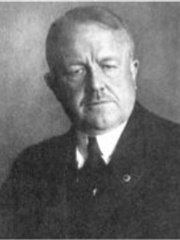 Frank Bunker Gilbreth (July 7, 1868 – June 14, 1924) was an American engineer, consultant, and author known as an early advocate of scientific management and a pioneer of time and motion study, and is perhaps best known as the father and central figure of Cheaper by the Dozen. Both he and his wife Lillian Moller Gilbreth were industrial engineers and efficiency experts who contributed to the study of industrial engineering in fields such as motion study and human factors. Read more on Wikipedia

Since 2007, the English Wikipedia page of Frank Bunker Gilbreth Sr. has received more than 227,836 page views. His biography is available in 22 different languages on Wikipedia making him the 84th most popular engineer.