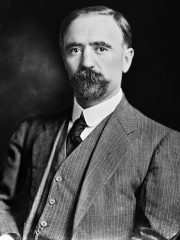 Francisco Ignacio Madero González (Spanish pronunciation: [fɾanˈsisko iɣˈnasjo maˈðeɾo ɣonˈsales]; 30 October 1873 – 22 February 1913) was a Mexican revolutionary, writer and statesman who served as the 37th president of Mexico from 1911 until shortly before his assassination in 1913. A wealthy landowner, he was nonetheless an advocate for social justice and democracy. Read more on Wikipedia

Francisco I. Madero was a Mexican revolutionary and politician who served as the 33rd president of Mexico from 1911 until his assassination in 1913. He is most famous for his opposition to the dictatorship of Porfirio Díaz and his call for Mexican democracy, which inspired the Mexican Revolution.

Page views of Francisco I. Maderos by language

Among politicians, Francisco I. Madero ranks 2,837 out of 15,710. Before him are Richard Baer, Vsevolod I of Kiev, Yazid III, Gunthamund, Iziaslav I of Kiev, and Alexander Ypsilantis. After him are Maria Komnene, Queen of Jerusalem, Armand Fallières, Heinrich Lübke, Hyeokgeose of Silla, Lucius Aemilius Paullus, and Ramsay MacDonald.