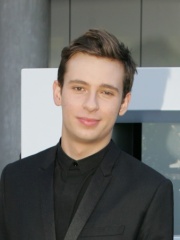 Harley Edward Streten (born 5 November 1991), known professionally as Flume, is an Australian musician, DJ and record producer. His self-titled debut studio album, Flume, was released on 9 November 2012 to positive reviews, topping the ARIA Albums Chart and reaching double-platinum accreditation in Australia. Flume is regarded as the pioneer of future bass who helped popularize the genre.Flume has remixed songs from such artists as Lorde, Sam Smith, Arcade Fire, Hermitude and Disclosure. Read more on Wikipedia

Since 2007, the English Wikipedia page of Flume has received more than 360,831 page views. His biography is available in 20 different languages on Wikipedia making him the 2,215th most popular musician.

Page views of Flumes by language

Among musicians, Flume ranks 2,221 out of 2,258. Before him are Tay Zonday, Kevin Rudolf, Nina Gordon, Matt Cardle, Katy B, and Neko Case. After him are Agnete Johnsen, Ty Segall, Danja, Vitamin C, Miri Ben-Ari, and Benjamin Burnley.

Among MUSICIANS In Australia